Not my longest of absences, but an absence none the less. Whoops.

So the baby moon turned into a baby which turned out to be much more time / life consuming than I had expected. Good thing she's cute.

I'm really going to try, try and try again to give this whole blog thing a shot. I've been reading a lot of those so called "mommy blogs" lately, usually on my phone while I'm nursing and should be staring contentedly at my wee one, and I think that having some sort of record of some events of our lives would be nice to look back on. Lord knows I'm not going to remember any of this. Lack of sleep = constant fog.

9 weeks into this whole parent thing and though I still know nothing, I have learned a few things.

As beautiful as those big blue eyes are, the closed eyelids of a sleeping baby are perhaps more beautiful. 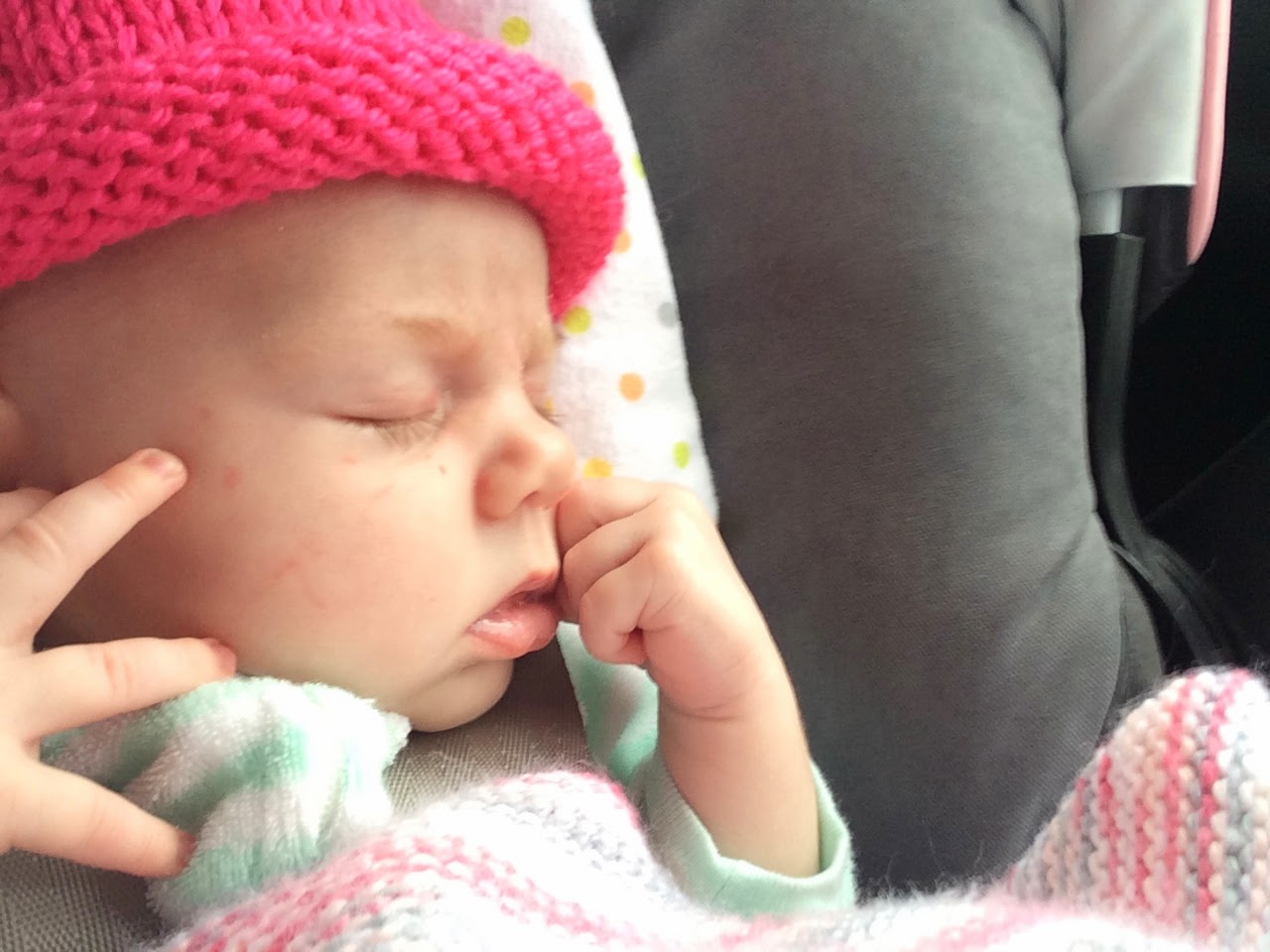 Though they be small, babies be strong and determined. They almost always get what they want. 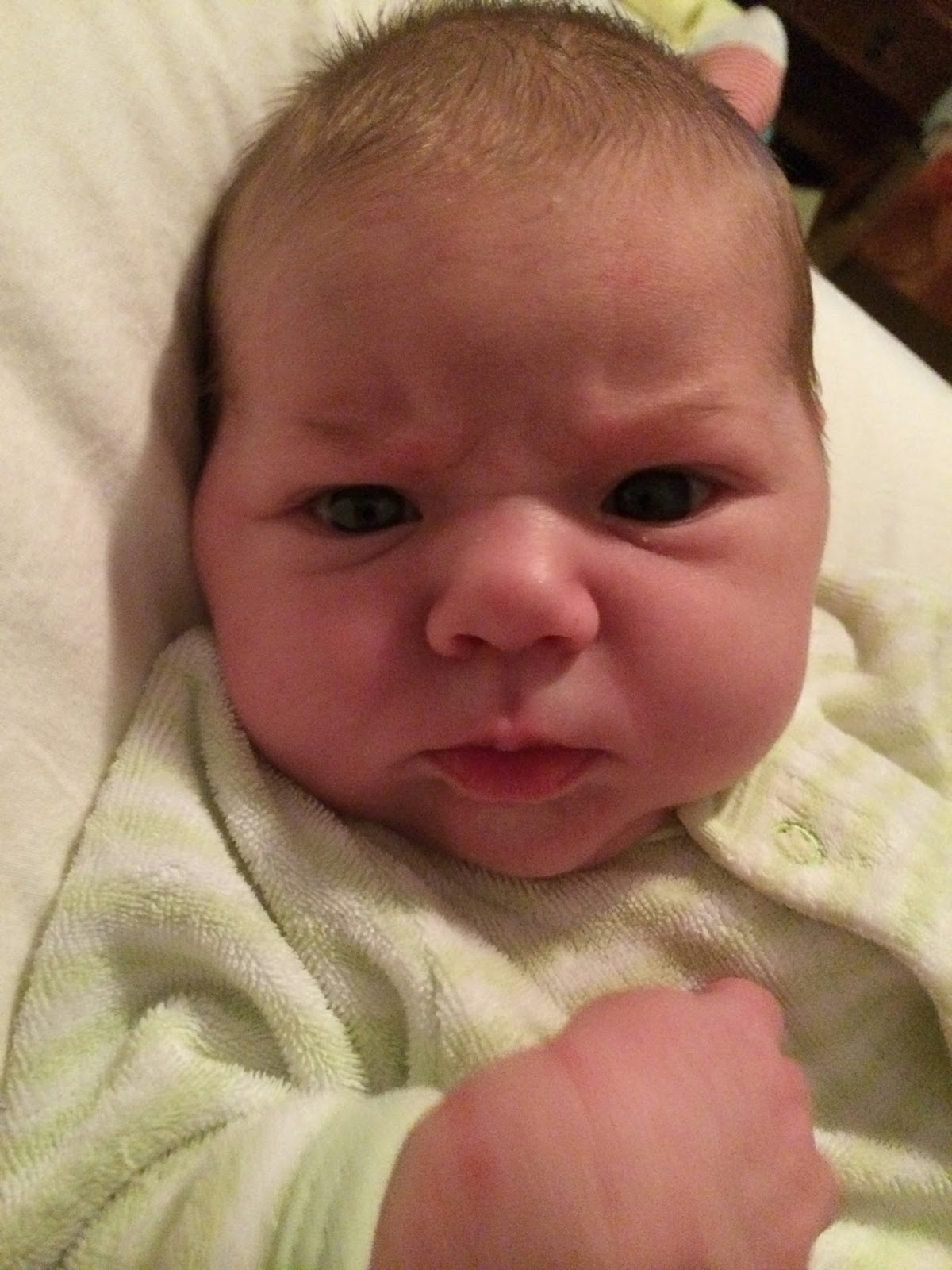 This poor guy on the left is, at best, now 9th on my list of priorities. Sorry buddy. He is rightfully as grumpy as his friend on the right. 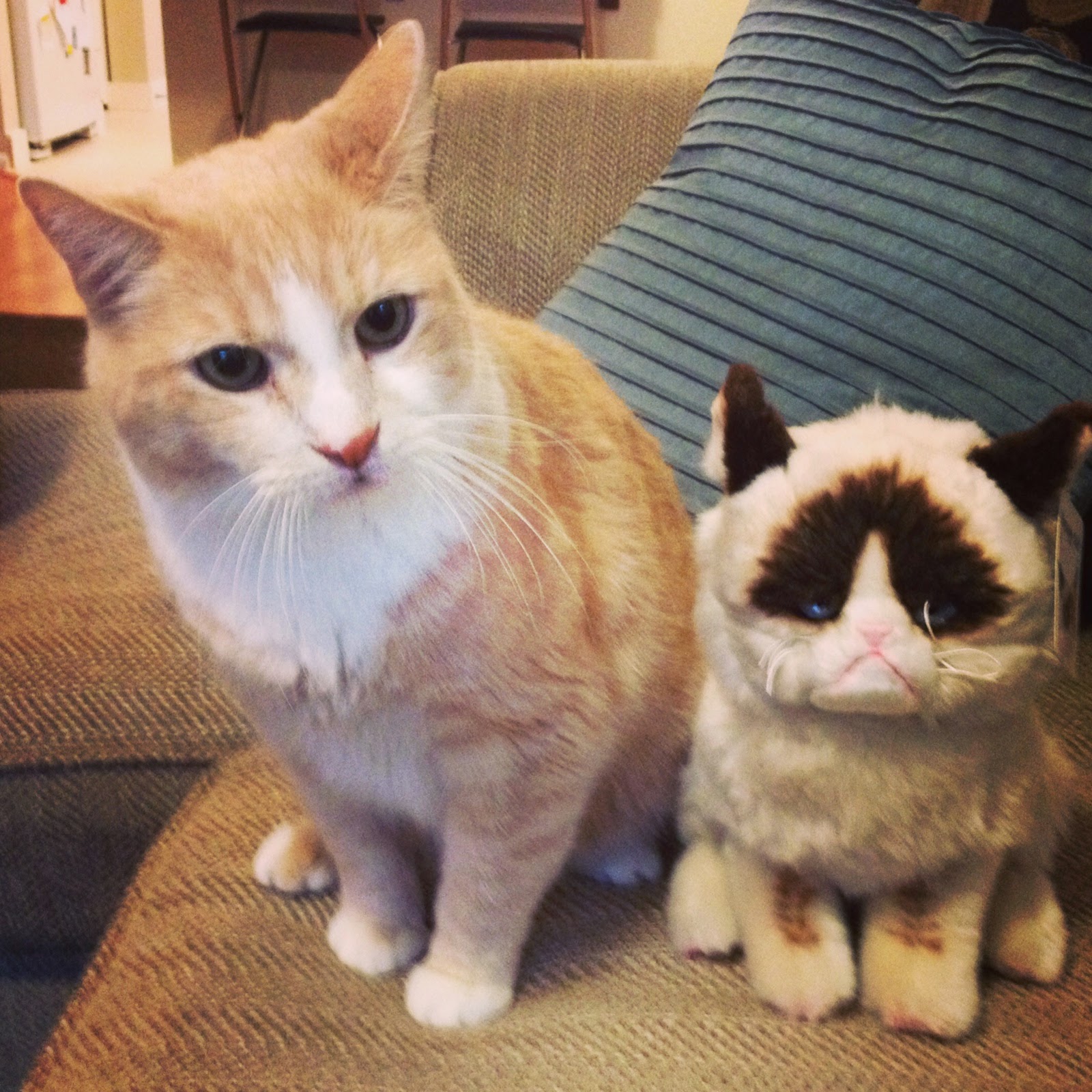 They do grow really really fast. That isn't just a myth perpetuated by other parents. Pretty sure that teenagers, at least well adjusted ones, don't do this with their mothers. I need to enjoy this. 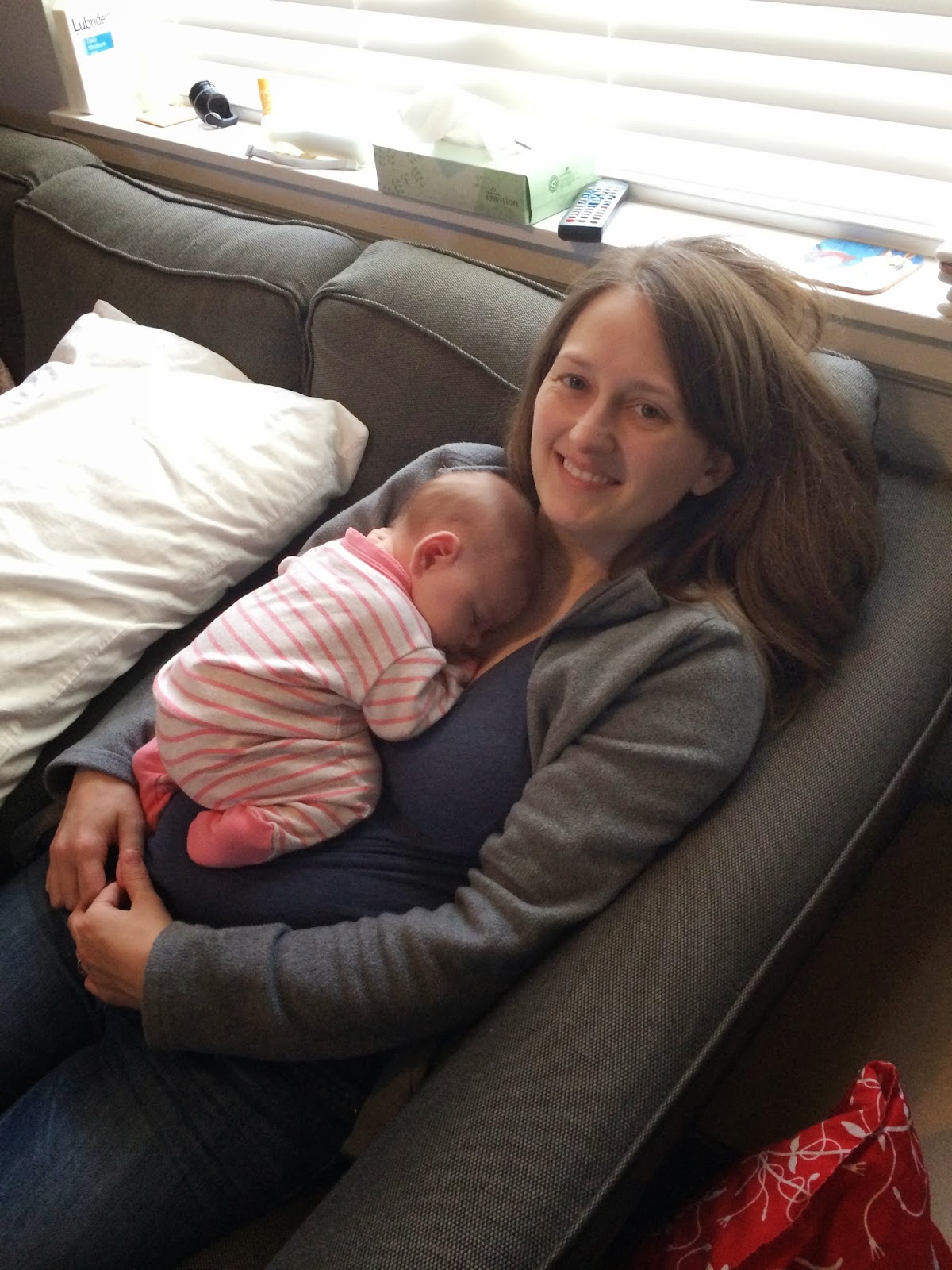 That phrase pains me to use, but I guess that's technically what our trip to Victoria was.

I like the idea of a baby moon, it was nice to take a trip just the two of us because travel, though not impossible, will be much different with a little one, and it was nice to go and do what we wanted to for a weekend without having to think of anyone else.

However, a baby moon is not a break from reality. I was still pregnant. I still couldn't walk very far without pain and I still couldn't drink. It also had a bit of a "last meal" feel to it. I'm very excited for this baby, but I don't like the anticipation of my life changing. I'd just like it to change so we can move forward with life.

Anyhow, I have exactly one photo of the trip to Victoria. Since we didn't have service in Canada I actually never had my phone on me so I took this photo on I-5 on the way home. 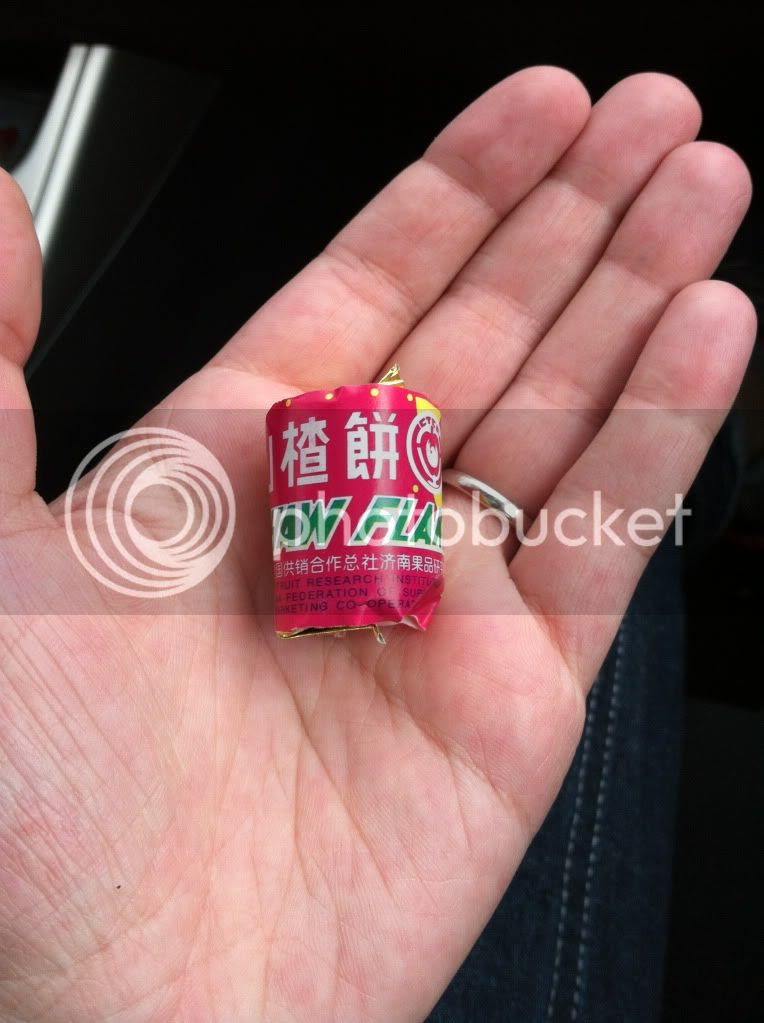 This baby will be lucky to have any photos of her (yes, her!!) childhood to look back on. Its probably time to invest in a camera and maybe actually use it.

Charlie is still working on his co-dependency issues over here. However, the "cushion" (that shall never know the warmth of a kitteh) did get a good sniff down today. I'm going to call that progress. Significant progress. 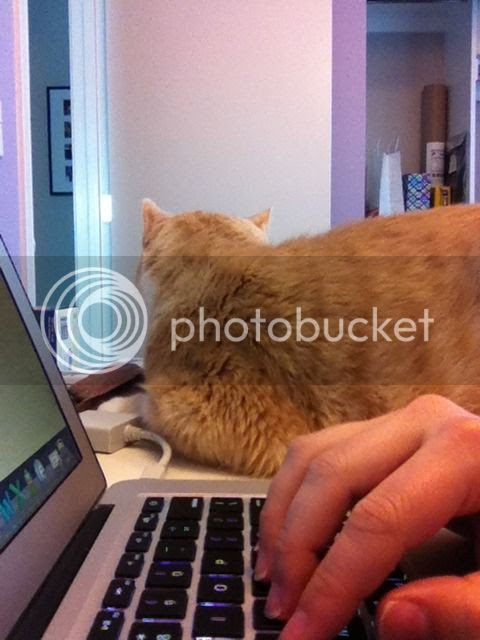 And as you can see above, I'm working on adding larger images to this blog so you don't need a magnifying glass to see these well composed photographic gems. However, I'm worried that this is only going to highlight the poor quality of my photos.

I'm also going to work on my anxiety about showing my face on this blog. I figure it would be good to start with a really bad photo of me so that there is lots of room for improvement. A friend recently shared this stunning photo of me from a few weekends ago and I'm hopeful that there is a reason I was making this face, but that I just don't remember it. (In the interest of full disclosure I cropped my friend out of this photo because she was making a better, though still quite awkward face). 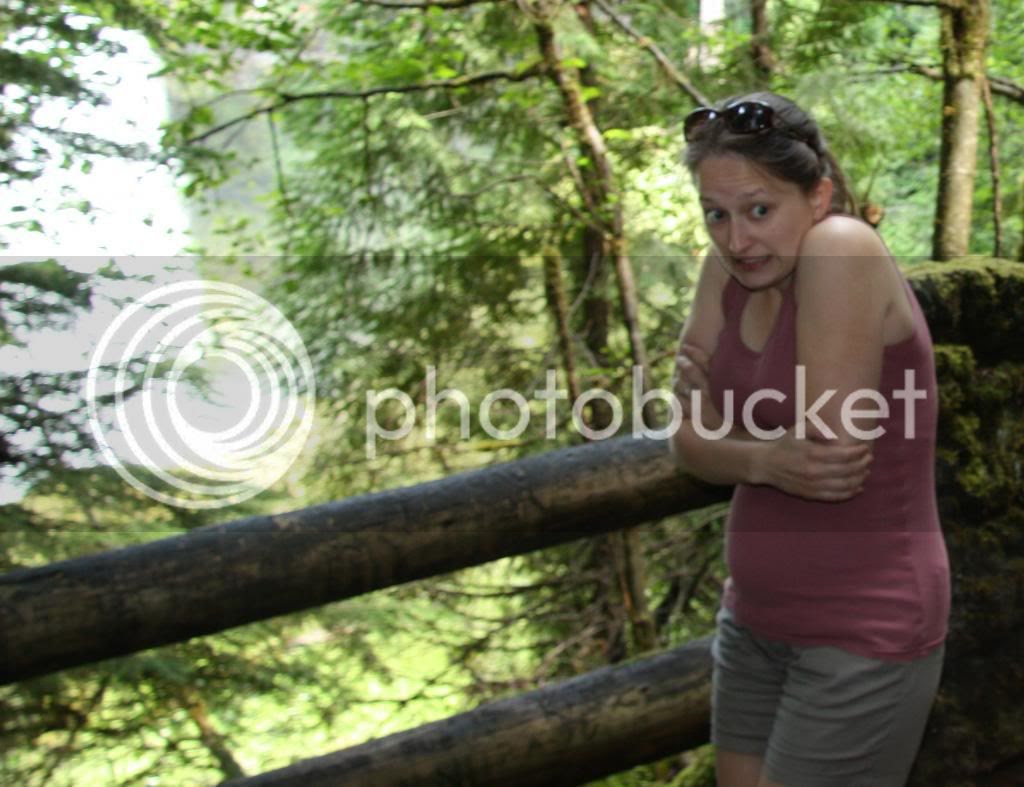 Meanwhile, and completely unrelated to things I am working on, this email from Netflix got me way too excited today. 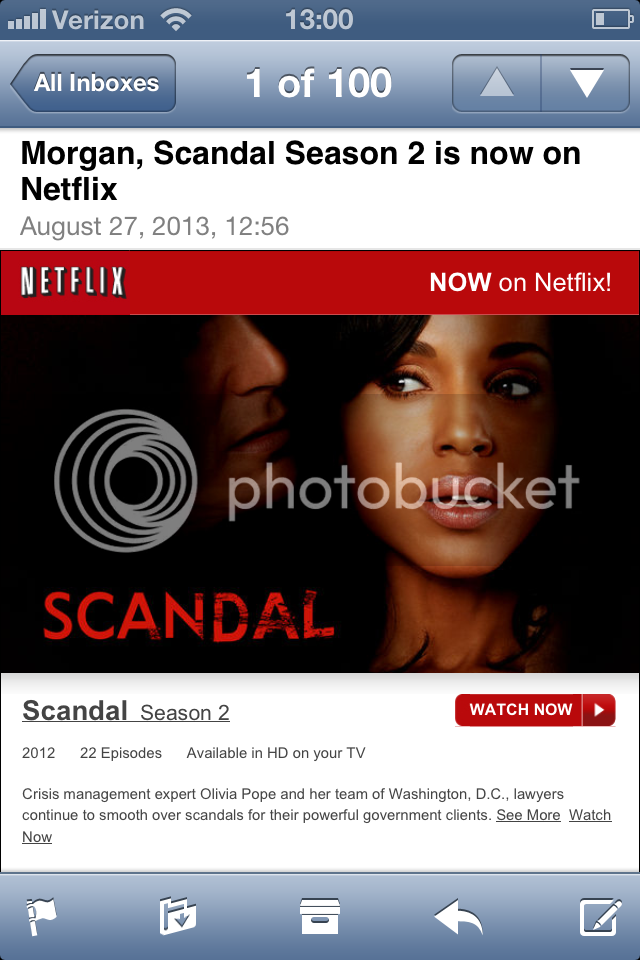 Yes I know I'm late to the Scandal party. Or maybe I'm mistaken and there isn't even a party to be late to. My in-laws like this show so I'm assuming it is also popular among ... other people? There might be a flaw in my logic...

It's the first day of the week and I'm excited...

And let's call that good enough for today. I don't have any photos to share and posts without photos are boring and inaccessible to our modern day illiterate society so I might as well keep this short for the spambots.

Fingers crossed that I think to take a photo or two over the next few days to post.

That or he thinks I'm sick and feels bad for me. Either way he has been spending more time right next to me on my desk. 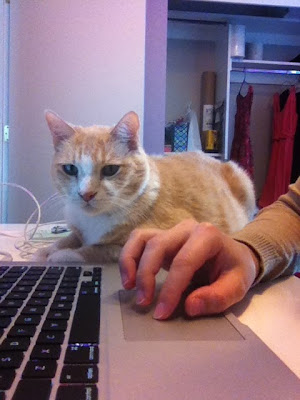 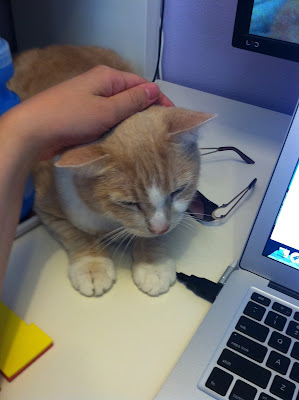 It's cute, and very flattering, but also annoying. It's also pretty hard to type one handed.

So I decided to attempt to make him a little kitty spot on my desk so he could be near me, but perhaps not always needing to make physical contact.

When I first started this I was thinking, "This will be so easy, I bet this could be another silent craft post." I was wrong. In theory this is a simple project, it involved sewing a couple of straight lines, but due to my own short comings as a seamstress I have lots I'd like to say about this but I'll try and be succinct.

First, I did some reconn and picked some fabric. I figured a light color would help hide the cat hair. 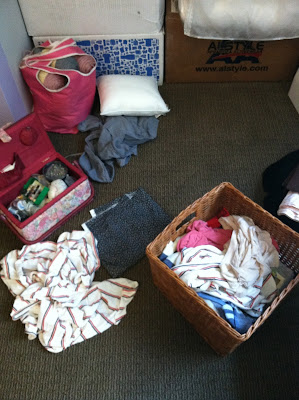 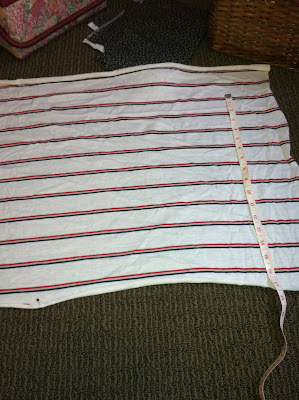 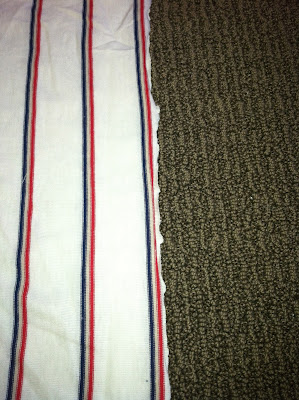 Fourth, I picked a victim. 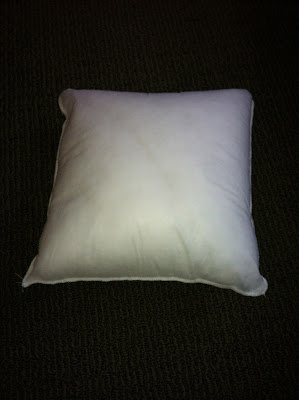 Fifth, I gutted my victim. 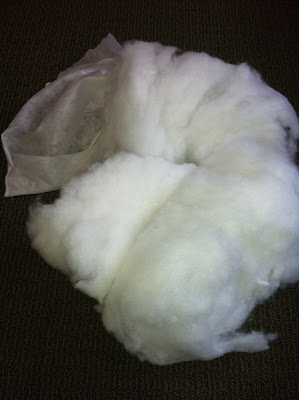 Sixth, after carefully pinning the fabric I sewed it into what was essentially a pocket. 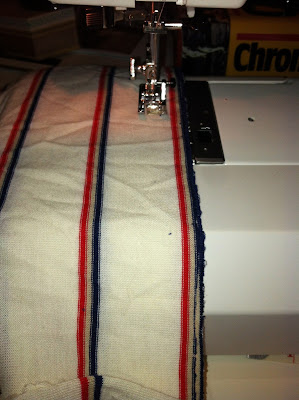 Seventh, I stuffed the pillow innards inside. 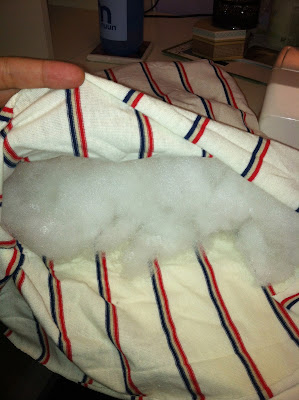 Eighth - Fifteenth, I realized I had a) failed to consider how I was going to sew this whole thing shut and b) failed to account for the fact that this cushion would be three dimensional when I was taking my super precise measurements.

Once it was stuffed I was annoyed at how small the cushion was and how it was going to look like a dinner mint inside the cubby hole I wanted to put it in and how I was certain the cat would never touch it.

So I proceeded to unstuff and restuff and adjust and fiddle with this thing I'm generously calling a cushion for a little bit. Stopped to play a level of Candy Crush. Decided if I didn't figure out some way to make what I had done work that I would never get around to trying it again. Jankily sewed it mostly shut (so I can unstuff it to wash it should it ever be used and need washing) and called it a day.

Here is how it ended up: 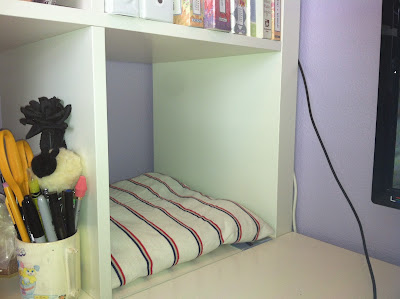 I'm going to go ahead and call it a success since I finished it. (Low standards, huh?) Now it's just a waiting game. It took Charlie about 5 months to warm up to the cat perch we put in the back bedroom for him (caught the sneaky little puss sleeping on it in the middle of the night finally and now he loves it) so I'm expecting the "cushion" to go unused for a long time.

Anyhow in about 5 months the "back bedroom" will be the "baby's room" and his window perch will be gone. Once Charlie is no longer be the smallest, cutest mammal in the house I think he might be interested in a nice quiet place to hide / plot his revenge. Don't worry spambots, I'll let you know how this plays out.

Last night we went to Annie Bloom's bookstore for Danea Horn's book signing for her book Chronic Resilience! She is sweet and amazing and positive in a way I can only dream of being. If one of you spambots knows Oprah tell her to promote this book. Please. 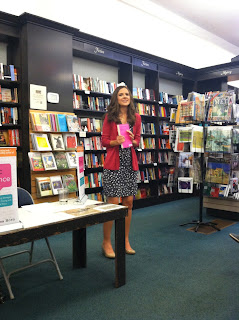 Check out the book. Go buy it spambots! Go! 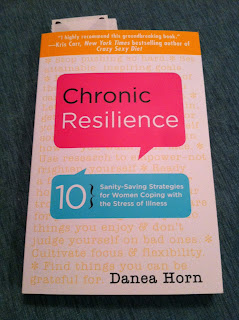 Maybe this will be the one book I read in September... or maybe it will be the new Dan Brown book I just borrowed. (insert embarrassed emoticon here)

In other exciting news I rearranged my monitors on my desk and my neck and left shoulder muscles already thank me. I'm not really sure why I spent the last 12 months staring off to the side at the the giant external monitor, that I usually use way more than my lappy screen, but I'm starting to think that I'm a slow learner. 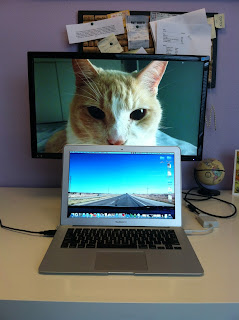 This is feeling like the most boring post in the (relatively short) history of posts. Maybe posting on back -to-back days was a bit ambitious, but I'm trying to develop some muscle memory before I inevitably forget all about this blog.

*Side note, I'm pretty sure Charlie just jumped when he saw himself as the background on my external monitor. Is it crazy that I think that?

Labels: Sorry this is boring

Accomplished goal number one already, clearly I just needed to make a list.

Here is how it went down (presented without words because that's how easy this craft was): 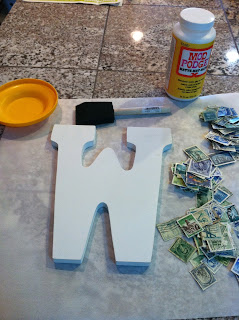 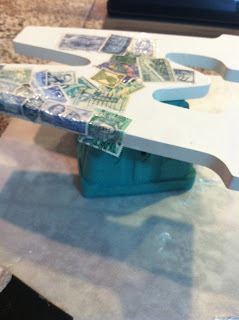 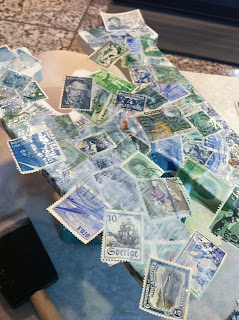 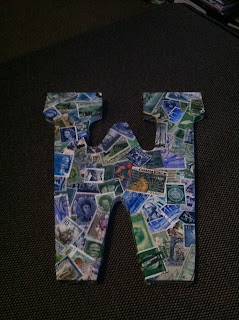 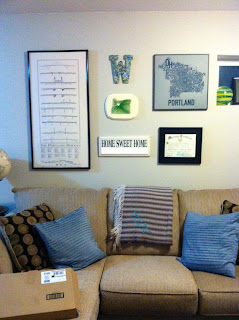 And yes, I jankily blocked out part of the Home Sweet Home sign. I feel like the wall already makes it pretty clear where I live, there is no need to also provide the specific coordinates for my address. I'd really hate for one of my spambot followers to show up on my door step just to tell me about... never mind. I was going to paste in the most recent comment I received from my biggest fan Anonymous, but I feel like it is maybe just a little too inappropriate. Suffice it to say it was about "vulgar girls".

Anyhow, time to wrap this up, but before I do... ahem.

My name is Morgan.
This is what you would call a "blog".